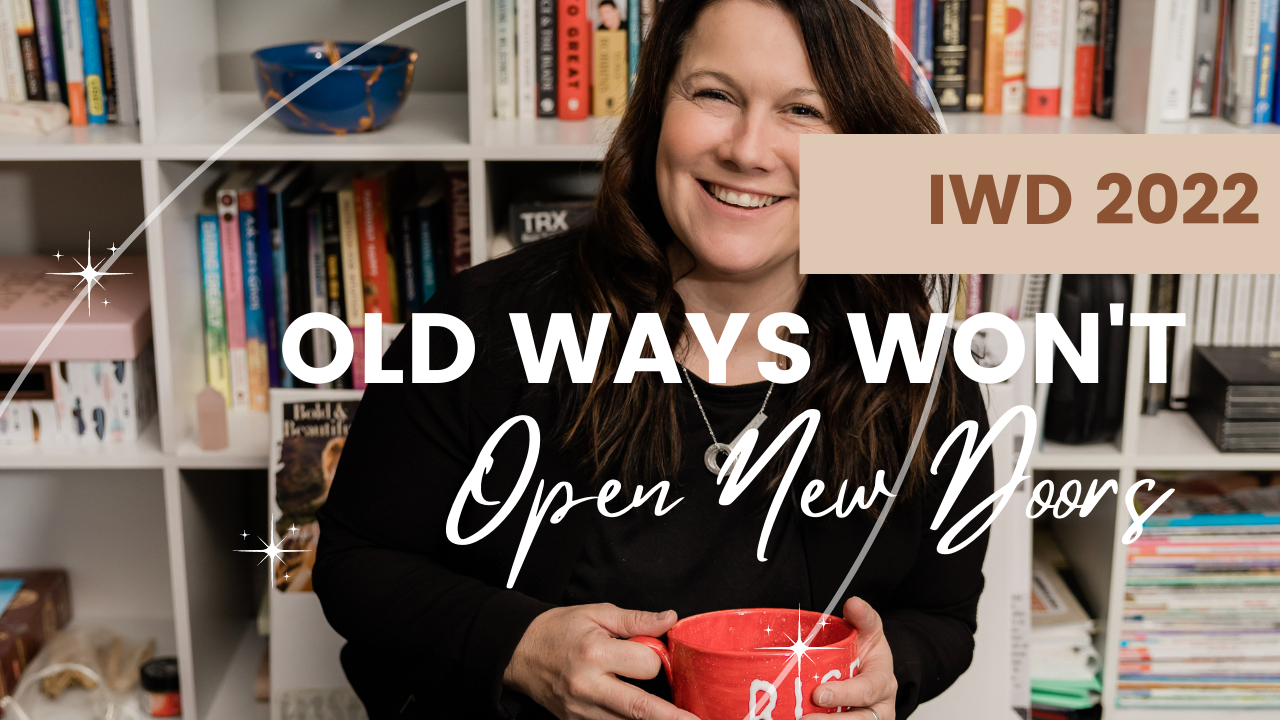 What does it mean to break the bias? What biases are we facing in 2022? It can be very easy to believe that “women have the rights now” conversation and even easy to forget how much we need to keep marching because we have absolutely come so far but we still have far to go… not in our rights even as much on paper or the opportunities we have available.

The Dali Lama said “western woman will save the world” and I know it to be true. Because we have more rights than any other women in the world. It is up to us to march, to speak, to show up and to keep pushing the limits and conditions.

We have opportunities that our grandmothers fought for. We stand on the shoulders only of the women who fought before us. We stand on the shoulders of our grandmothers and great mothers, who were beaten and jailed for wanting to vote and work, for getting rape illegal, even in a marriage, for getting rights to our own bank accounts and jobs. The list is endless of our achievements.

But what’s harder to see is the that the wage gap exists because women don’t ask for the top of the pay scale. That’s why we’re still paid less. Or that where we live is usually because it’s easier and more aligned for the man, either his job or his desires. What’s harder to see is the women who miss work, consistently because of sick children or having to home school their children during a global pandemic, or choosing between working and staying home because it’s not financial feasible to work while raising children because of daycare costs.

These are costs to women that we still see.

Even harder to see is women fighting against the patriarchy of their parents, fighting to find a place in the world within herself, fighting the bias that comes with being a woman. The conditioning that labels, marginalizes and regales women to the back corners.

Women have been trained and conditioned to be pleasing, polite, nice, accommodating, conceding, not challenging or difficult, not too much or demanding or reckless or too passionate. She’s been called a whore when she is passionate. And a prude when she is proper. She is a tease when she thwarts advances. She is playing hard to get when she doesn’t want it.

If I could break a bias it would be what defines us as women.

Even today the divine feminine movement has been overtaken by the pliant woman movement. To be feminine and divine we must be soft, accommodating, slow, understanding, forgiving, pleasing.

We are defined by how good we can be. How submissive we are.

I want to break the bias that all women come in one package and that to be a woman or feminine we must fit Into one set of criteria. That we choose certain jobs. Speak certain ways. Drink and eat certain things. Shrink and primp ourselves into the most basic version of ourselves so to not to upset the apple cart.

What makes us a woman then? It’s not simply a gender for woman cannot be encompassed only in the biology or be reduced to the sum total of parts.

But are we not feminine when we are feisty? Or won’t back down? Energy matters but do we all need to embody only one energy in order to be defined as a woman.

This doesn’t flow and doesn’t allow woman to encompass all parts of herself.

It marginalizes us to certain roles and traits and we become pleasers instead of powerful. We are labelled as intimidating because they can’t handle all of us. We are told not to argue or be difficult because it will make us more likeable and less threatening.

To be softer, to make it easier for us to be walked on.

The truth is the world has benefited from marginalizing women into certain feelings, behaviours, traits and roles.

Women kept in line are not a threat.

Women who don’t obey, don’t listen, who have minds of their own, who embody the wholeness of who she is , soft and hard, powerful and nurturing, but regaling a woman to a subset of who she should be has left many confident powerful women struggling between embracing being a woman and embracing who she is - in constant conflict with who she is really and who she had to become.

The truth is women have led riots and rages. While bearing children. Women have won wars. Women have been warriors and still feminine.

When we regal women to one thing we deny her of her full power.

When we take women today and tell her she has to be a certain thing to be a woman we leave her at once confused of who she is… at war within herself as if what she feels as her own truth makes her less valuable to the world.

It leaves her not sure which way to go… with her heart or with her conditioning.

Too often women are forced to choose between what they want and what their mind has been conditioned to believe.

If I could break a bias it would be learned powerlessness and learned helplessness that women are conditioned to believe will make them wanted, desired, more palatable.

And perhaps it will.

But it will also teach her to walk away from herself constantly until one day she’s walked so far away she can’t find her own way.

That serves this world. For women to be confused between her head and heart.

In breaking that bias I would remind women that being a woman is about your head and heart being aligned. Your heart knows the way. Your head will help you find the best path.

When you pit yourself against yourself you will end up in circles.

When you choose to deconstruct the biases and the conditions in which you’ve believed you will find your power.

And for every woman, that power is different.

Some are born warriors, some mothers, some nurturers, some mystics, and witches and doctors and coders and painters and writers.

There is not one formula for womanhood as we have been falsely led to believe”. As Lizzo says, If you feel like a girl, act like a girl, cry like a girl. Then do your thing run the whole damn world.”

It won’t heal our relationships, it won’t elevate men, it won’t end wars or in quality, it won’t end colonization and the patriarchy. It will continue to reinforce it.

When we deconstruct the bias of femininity, of what makes us a good woman, what gives us access to the term woman, what gives us the rights to be a woman… when there is no standard. There is no formula. And the pain of women is because we have been given a formula and we’ve all fit neat and tidy into the boxes laid out for us.

But a woman is too much to be confined into the boxes that narrow us and hold us back. Eventually the boxes break open and they say we unravelled, lost it. Of course we did.

No one can half live or walk a tight rope forever… until the frayed ends of her soul come undone… smashing everything in its sight to be free.

These old ways that women have been told to be won’t help us tomorrow.

What will help us tomorrow is when we all embrace our uniqueness, reminded that womanhood has billions of faces.

What will open the future is the realization that it's a woman, in her truest power. Which is who she is. What her heart wants. A full reclamation of her own truth. That’s what will open the doors to tomorrow.

That’s what will help us build a world of equity. Of equality. Of empowerment.

That’s what the world needs. Women in their power. In their uniqueness. In their wholeness instead of broken down women pieced together to be the most pliable and pleasing version.

No. The world needs you in the grandest boldest most powerful version of you.

That’s what will open the door to the future. 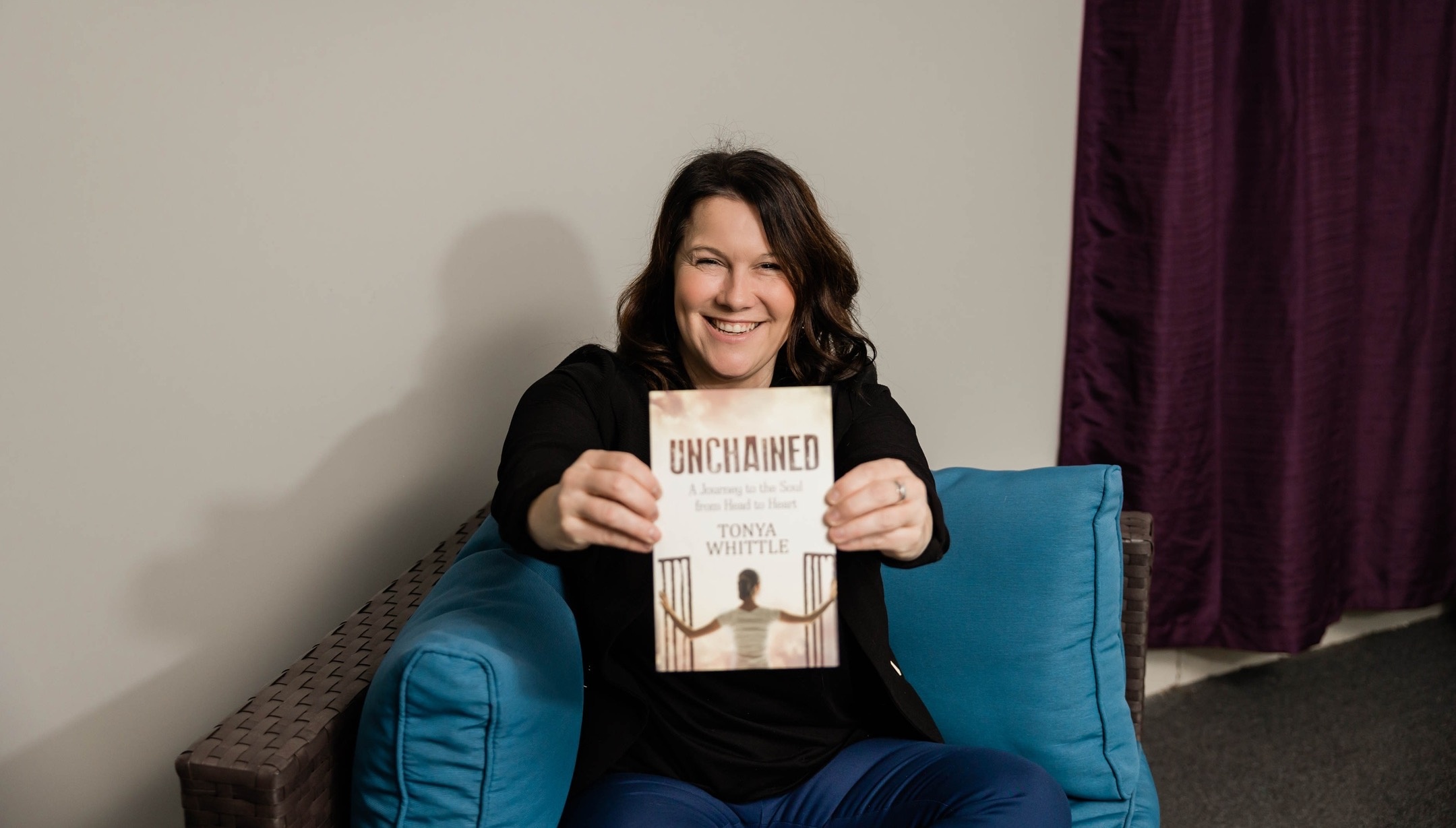